Me: I just realised I am in a normal bus after a really long time.

Z: Of course rich boy only goes in Volvo no.

I hate to admit but Z was actually right in this WhatsApp conversation. No,  not the ‘rich boi’ part, my empty wallet will be happy to answer that question. But my mode of commute being the Volvo was right, now I have realised why my wallet is empty. This bright red or green weirdly shaped dabbas which recently had a colour change to blue is found either speeding or creaking at arterial roads of the city. They have a reputation of all the buses coming at once spoiling you for choice or them vanishing into thin air in Bangalore traffic.

My earliest memory of these moving dabbas was in Mumbai.  Acha carrying me on his shoulders with a bunch of medical reports in hand, we were running behind a double-decker bus. Later he encouraged me to pop my head out of the window to see the looming skyline of the city and I think both of us shouted to our hearts consent, Amma wasn’t pleased with that.

I was on Route no 330; Shivaji Nagar to Marathahalli Bridge. The seats were immediately grabbed and the conductor spoke in three languages asking people to buy tickets. It got drowned with arguments breaking over whether windows should be closed or open. Few middle-aged woman were making fun on how youngsters were always having earphones lodged deep in their ears while watching WhatsApp forwards in loud volume. Teenagers were checking their strength on the poles present before being interrupted by the conductor.

All I could think then was the time when I was holding a big McRennet bag containing cakes and waiting at Pallavaram bus stop. I would either be waiting for 21G to reach Adyar Gate and walk for 5 minutes to Ammuma’s house or G70 to valliama’s house.  There are numerous bus routes but amma was particular about 21G or G70. Because they were “express” services.  Basically this means that the bus stops only in few places and I would be forced to smell more people’s armpits for a longer period.

If you board one of the buses in Chennai, a passenger shouldn’t be surprised if she/he sees the conductor arguing with someone because that individual sat in his seat. The conductor in his uniform will be your worst nightmare (along with the bumps of course) during the rest of your journey. At times, you could encounter an old grandmother struggling to hold her Ananda Viketan or Kalki magazines because of the wind, or a small-time trader going to/ coming from Parry’s corner with his goods. If you ignore the fights between the conductor and the person occupying his seat, you get to listen to interesting anecdotes. I still have vivid memories of discussions that took place in 21G on Rajinikanth’s 2010 movie “Robot” and how it broke into a fight between fans of Rajini and Kamal. (Kamal Hassan was the first choice to play the role of scientist in the film). During one rainy day, while I was counting the number of old tickets I had hoarded.  There was an old lady who in her frail voice lamented on how buildings crop up everywhere. People dismissed her of course by taking sly digs, wonder what their views are after the 2015 floods.

Few of the Tamil actors had made this move popular and this found a way to the long list of my childhood dreams. One was to just stand at the footboard, to get that hit of adrenaline rush and feel the wind hit my huge oval face, of course along with the filmy effect of wind brushing my face,  I get an ‘added bonus’ of the sun rays blinding my eyes. But I wouldn’t have minded that. Another one was to steal the whistle of the bus conductor or at least blow the whistle. The bus conductor’s shiny silvery whistle fascinated me so much. It had the power to stop or move or give a warning or command to someone. Also I couldn’t whistle then (and now) and I felt that would help me overpower other’s whistling sounds. I had almost succeeded in blowing it once before I was busted by amma. She wasn’t pleased with this move of mine as well.

I was asked to move by my fellow passenger, his stop had arrived. I began to notice the bus. Most of the seats were vacated and the conductor was counting the money while chewing his paan. The seats in the bus resembled the blue and red gems. I had seen empty Volvo buses but seeing those free seats reminded me of those rare BEST and MTC buses. It made me happy. The conductor said that he doesn’t use whistles anymore. He said “ Digital India guru. LCD signboard alli idhe noodo” With his permission, I took some pictures. The bus got stuck at the infamous Marathahalli bridge traffic, I chose to walk down, the conductor was still weirded out with my request of clicking pictures as I alighted down.

Despite the comfort of nice seats and speed of the Volvo ride, the bus services which are deemed as ‘ordinary’ has extraordinary stories and memories travelling in them. This ride turned out to be weird as it reminded me of those memories I have with the ‘big moving dabbas’ I was fascinated by. A bus doesn’t just transport you to your preferred destination but during that journey you are exposed to an array of stories and conversations and characters. It allowed you a ticket-less travel to their life stories as well.

2 thoughts on “Journeys in the Big Moving Dabbas” 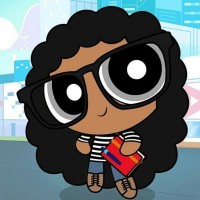 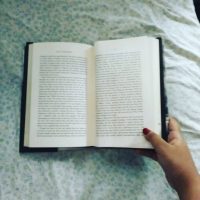 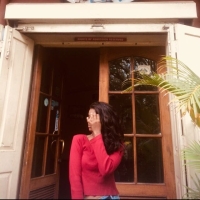